If you are building a house with the intention of putting the finished property on the market and generating a profit, here are some tips that you may want to keep in mind.

Lots of people who take on this type of building project choose to install split-system air conditioning units during the construction process instead of ducted systems, as the former is quicker and cheaper to fit. However, if you have enough funds available, it is worth fitting a ducted system. The reason for this is as follows: due to the fact that it is less visually obtrusive and more powerful than a split system, most prospective house buyers prefer properties that feature ducted air conditioning.

If you opt for a split system, a potential buyer who loves every other aspect of the newly constructed house may hesitate to buy it, because they know that it could be costly, messy and time-consuming to remove the split system and replace it with a ducted one (as this would require their contractor to remove some of the walls' new plasterwork in order to fit the ducts in the wall cavities). At best, an interested party may try to use this issue as a bargaining chip to get you to reduce your asking price. At worst, it may make them decide to buy another property that already has a ducted system instead.

Fitting a ducted air conditioning system now, when the house is being built, could not only boost the number of people that put in offers on the property but could also spare you the frustration of having to deal with people who want you to lower the asking price. For more information about installing an air conditioning system, contact a professional.

Use budget-friendly paint and flooring materials

When the bones of the house have been fitted and the time comes to start decorating, you should opt for budget-friendly paint and flooring. This is because most people who buy houses that they plan to live in want to decorate them to suit their own tastes.

As such, the only purpose of the paint and flooring that you add to the house after it has been built will be to make it look fresh and neutral so that buyers can see that it is in mint condition, and so that it will be easy for them to imagine themselves residing in the property. Spending a small fortune on high-end paint or luxury flooring will probably be a waste of time, as the person who eventually buys the house will most likely end up painting over the existing wall colours and pulling up the flooring as soon as they move in.

If you were planning to use expensive decorating materials, it might be better to put this money towards the aforementioned ducted system. 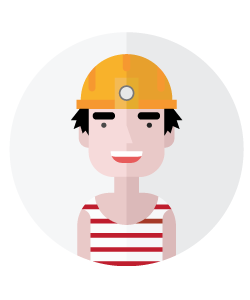 Hi! My name is Robert. I live in Brisbane with my wife and our two kids. For many years, I have been saving up money so I could build our dream home. I first saw my dream home when I was aged 21. I was on a holiday to the USA and was staying with friends in California. While down on the beach one day, I spotted a lovely mansion house which was high up on the cliffs. I decided that one day, I would like a house like that. Last year, I instructed a team on house builders to begin construction of our new home and I couldn't be happier. I have learnt so much from the experience, I decided to start this blog.